RIVER RATS is an ebook!

Open Road Media now has on sale ebook versions of three of my early novels, so RIVER RATS is now an ebook!

Tomcat and his friends have a paddlewheel steamboat and travel up and down the Mississippi River carrying mail and performing impromptu shows at the river towns on their route. (Of course, I had to destroy civilization to arrange it for them.)  They have a strict rule against carrying passengers, which is broken a chapter and a half into the book. The rest of their adventures illustrate why that was a good rule.

Published as a YA novel (Harcourt, 1992), these days it might even be considered a middle-grade book. I grew up near Winona, Minnesota, on the upper Mississippi River. Back then, there was a decommissioned steamboat, the Julius C. Wilkie, turned museum there. I drew on my visits to that museum when imagining the River Rat.

In addition to RIVER RATS, they also have WHEN THE KING COMES HOME 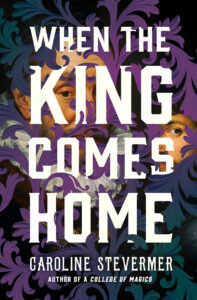 (What if a young woman apprenticed to a fantasy Renaissance painter in a fantasy kingdom had adventures that involved rescuing the local equivalent of King Arthur from that most dangerous of villains, a rogue librarian? Although this fantasy novel [Tor Books, 2000] was written for adults, the content is YA. )

and earliest of all, THE SERPENT’S EGG

Skulduggery at the royal court in a fantasy kingdom. Who will defend the aging queen? Gallant ladies, honest knights, wily minstrels, and bossy sisters — but does the queen need defending? Originally published in 1988, this is a very early work.